The semifinals will be played tomorrow at 10:00 on fields 1 and 2 at the Polideportivo de Paracuellos de Jarama. The winners will face each other in the final on the same day at 12:30.

After witnessing great games in the group stage, the semifinal crossings have been defined. Chelsea, Real Madrid, Atlético de Madrid, and Barcelona have qualified for the semifinals of the tournament, and we will once again have a Madrid Derby in the Madrid Football Cup!

FC Barcelona, top scorer of the tournament, and best defense along with Real Madrid

FC Barcelona has been the leading club of the tournament, scoring 33 goals in only 5 matches, reaching the semifinals as one of the main contenders for the title. The blaugranas beat Atletico Madrid by 1-0 to secure top spot in Group B. For their part, Real Madrid, with five victories and no defeats, were the only club alongside the Blaugrana side not to have conceded in the group stage. Their defensive solidity has been fundamental and they will play against Atlético de Madrid in what will be a new Derbi in a Madrid Football Cup for a ticket to the final. 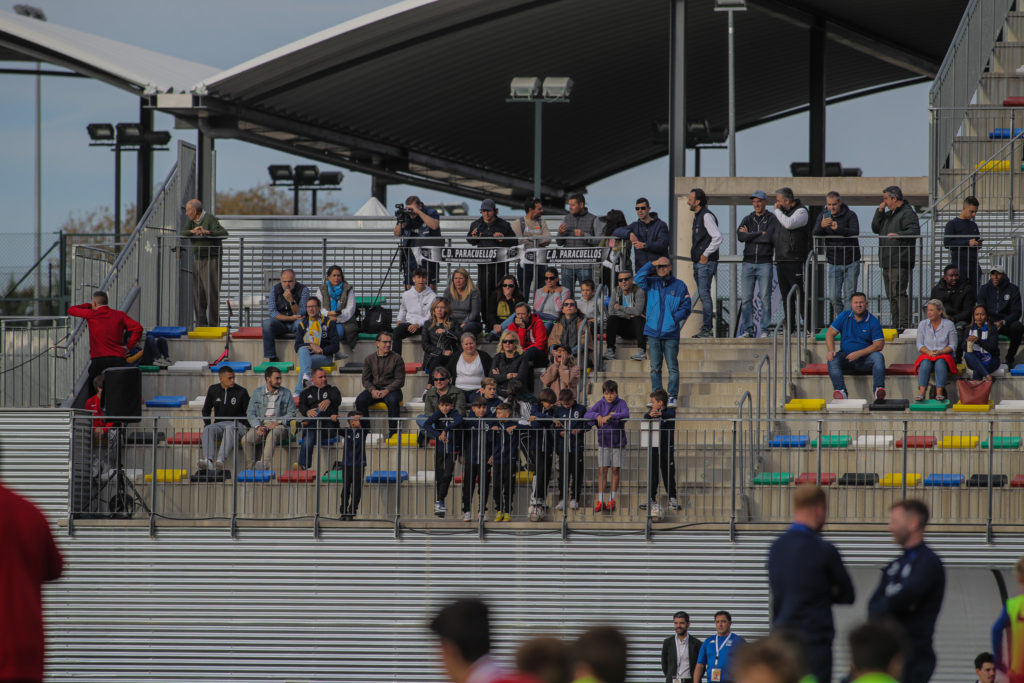 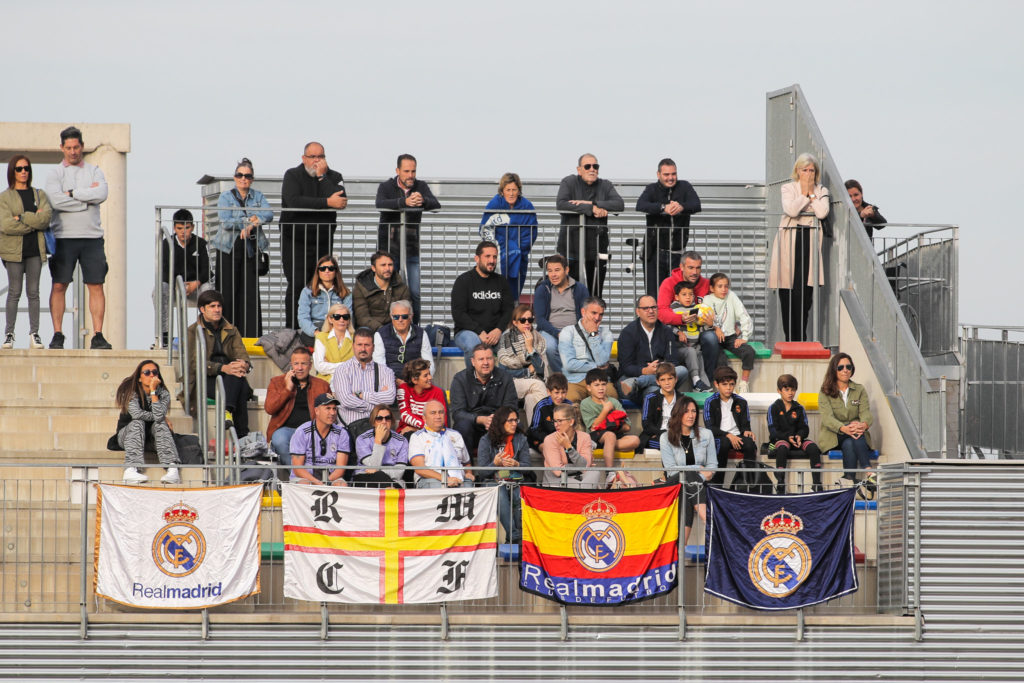 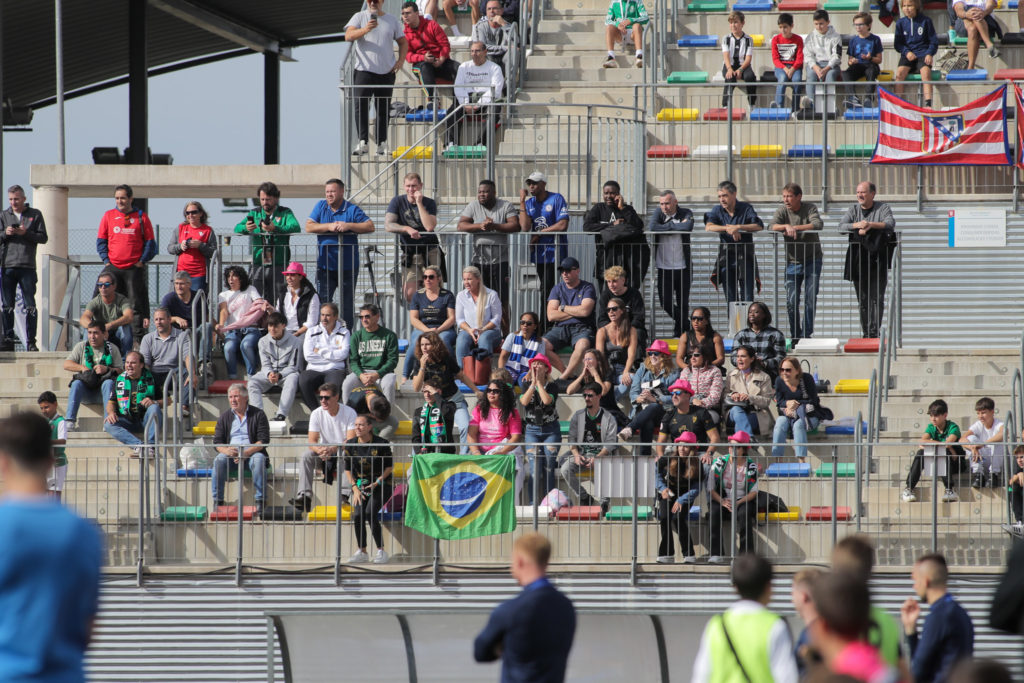 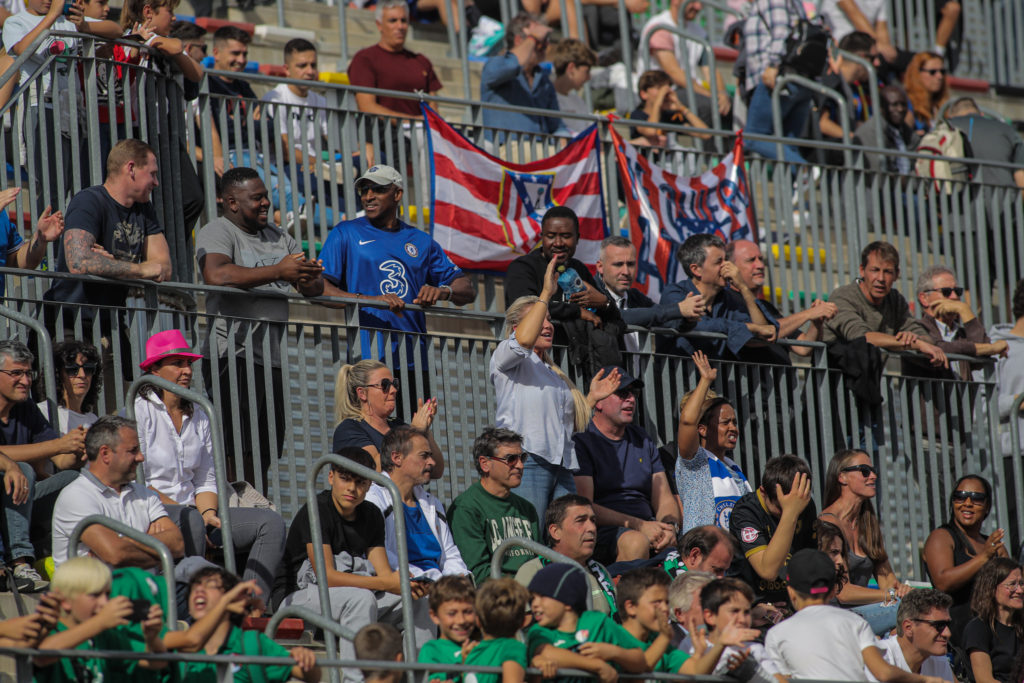 Football has once again united fans from different clubs in a tournament full of unforgettable moments and great games. Children and adults have enjoyed a day full of emotions. We have witnessed a moment worth remembering, with players from Paracuellos Sport, Chelsea, Rayo Vallecano, and CDB Paracuellos sharing a moment of fun together with Chelsea fans. Football is all about bonding and promoting the values of sport, and the boys put this into practice. And the boys didn’t play alone. The stands at the Polideportivo Paracuellos de Jarama were especially full and the atmosphere was great. Every action was celebrated by the fans who visited the venue, and we hope to see them tomorrow on the last day of competition.

These are the next matches including semifinals and the definition of the positions in the standings. Each team will play at least two matches each during the last day. 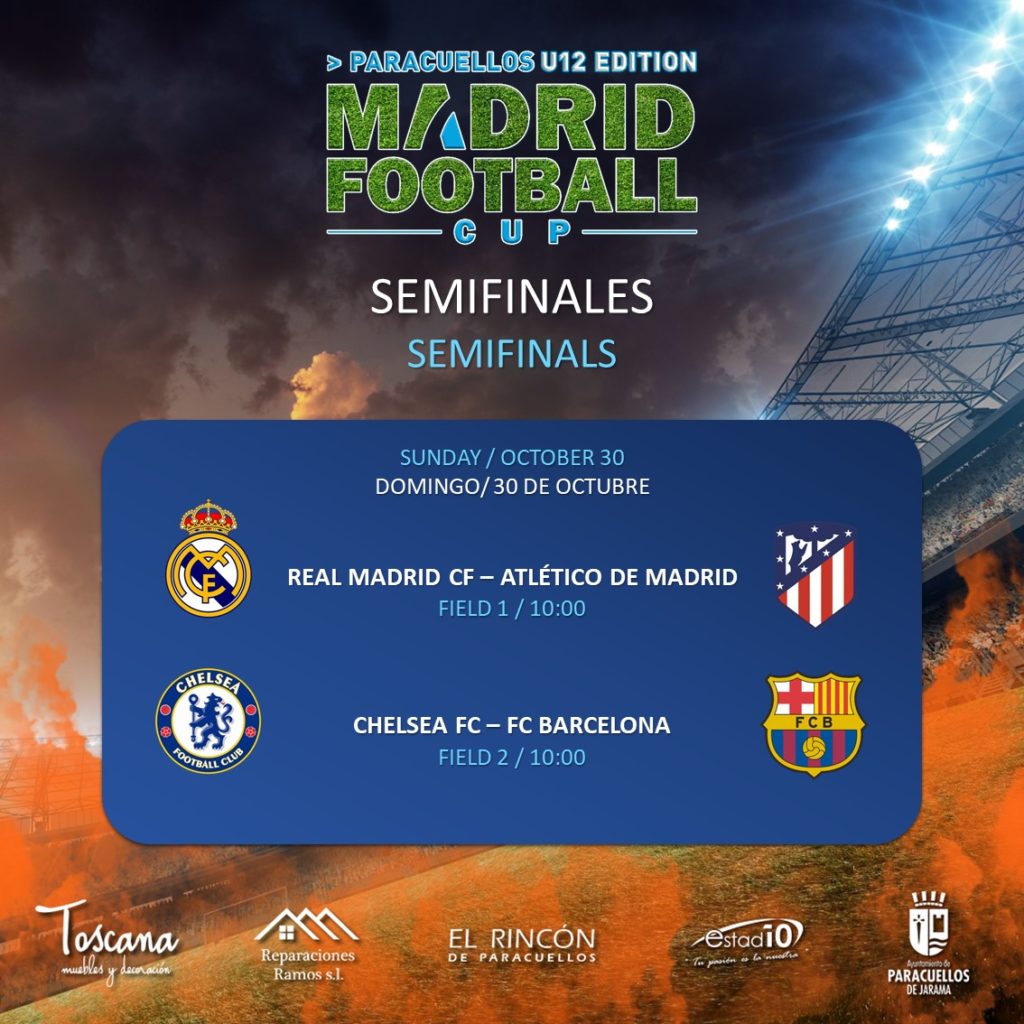 Let’s rest and see you tomorrow!