The blaugranas defeated Atlético de Madrid 3-0 in the final of the U-12 Madrid Football Cup.

The first edition of the U-12 Madrid Football Cup has been a complete success. The Polideportivo de Paracuellos de Jarama has been the scenario that witnessed the most important tournament of the category in Spain. Clubs such as Chelsea, Real Madrid, Atlético de Madrid, and Barcelona competed for the victory, being the blaugranas the ones who finally took the trophy. A convincing victory over Atleti (3-0) made Barcelona the first champion of this tournament.

From Saturday morning there was a great atmosphere among fans, parents and players. Music, dancing, food, soccer… an experience they will never forget. The tournament began with exciting matches, such as the Real Madrid-Rayo Vallecano match in which the Merengues won (2-0). There was a very high level of football between the teams, so each match was highly competitive. The afternoon arrived and the Chelsea fans offered us a wonderful moment sharing with the players of several teams, such as Rayo Vallecano and Paracuellos Sport. The stands of the Polideportivo were completely full with euphoric fans supporting their respective clubs. Such was the euphoria that the Best Supporter Award was the closest prize in the voting. The qualifiers were confirmed at the end of the day, precisely with the Barcelona-Atleti match played during the group stage (they would later meet again in the final). Real Madrid-Atletico Madrid and Barcelona-Chelsea were finally the pairings for today.

Chronicle of the final

The match started with many actions by the blaugranas, which gradually approached the Atleti´s goal. Atletico, on the other hand, maintained a solid block on the field. However, the goal would come in a great play on the left, being the Barcelona attacker finishing and converting the first goal of the match. Atleti continued and had several chances in the beginning of the second half. But Barcelona knew how to take advantage and, in a counterattack, got the second goal. And in the last play of the game, Barcelona scored the third and final goal to become the first club to become champions of the U-12 Madrid Football Cup. 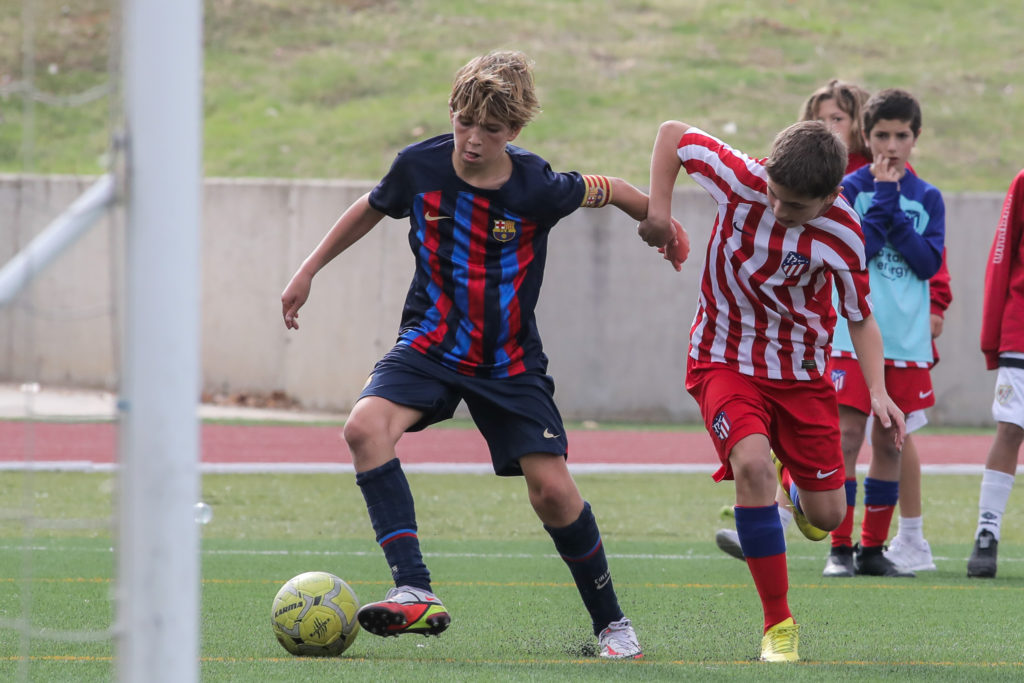 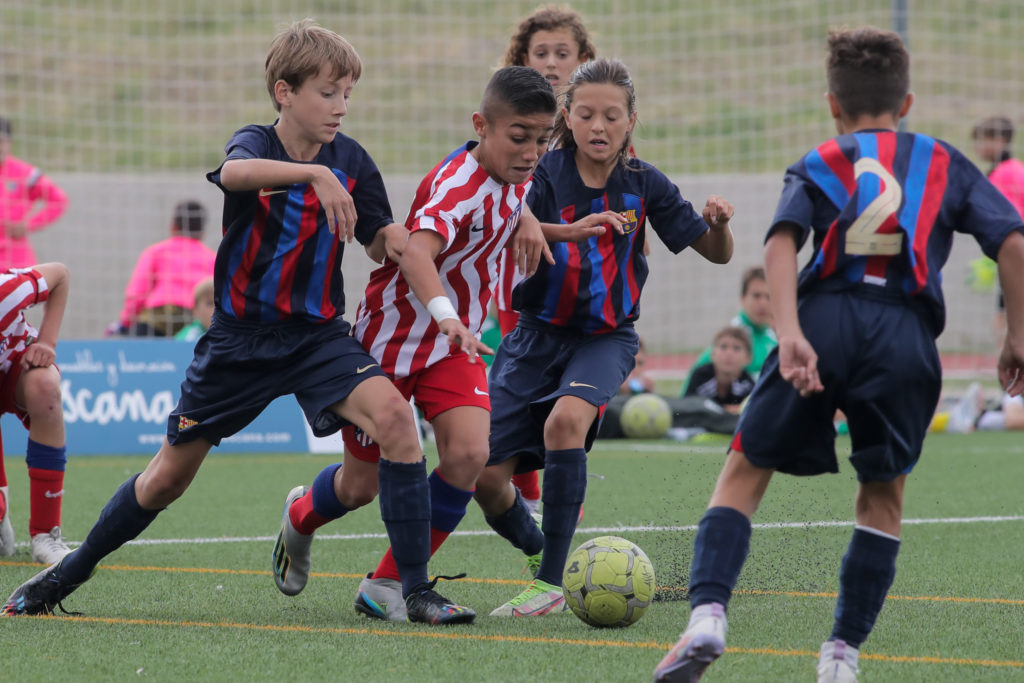 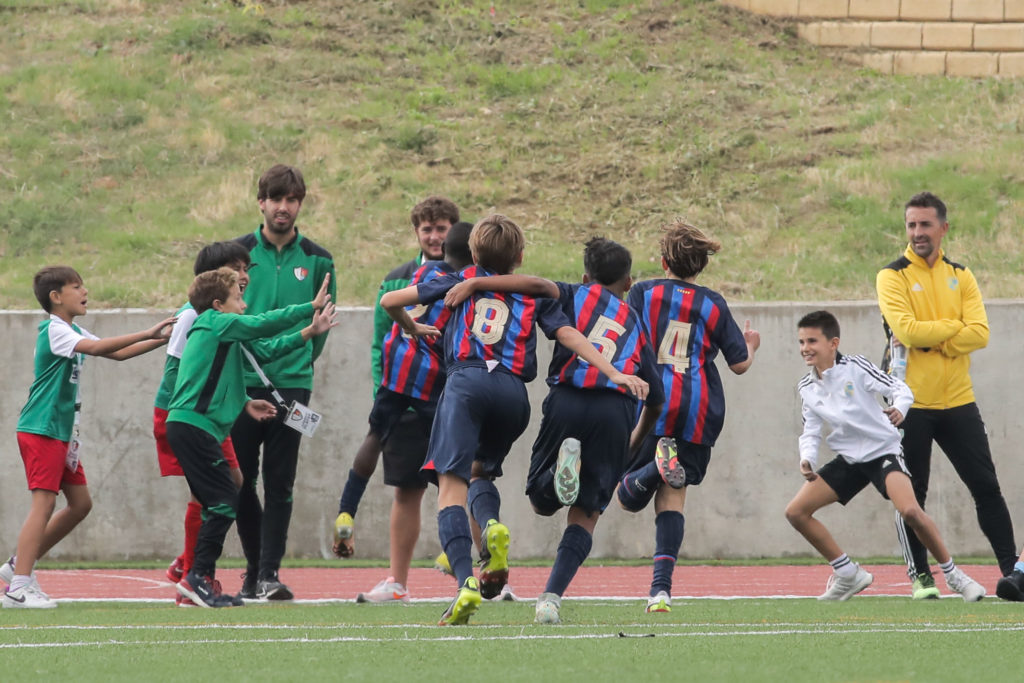 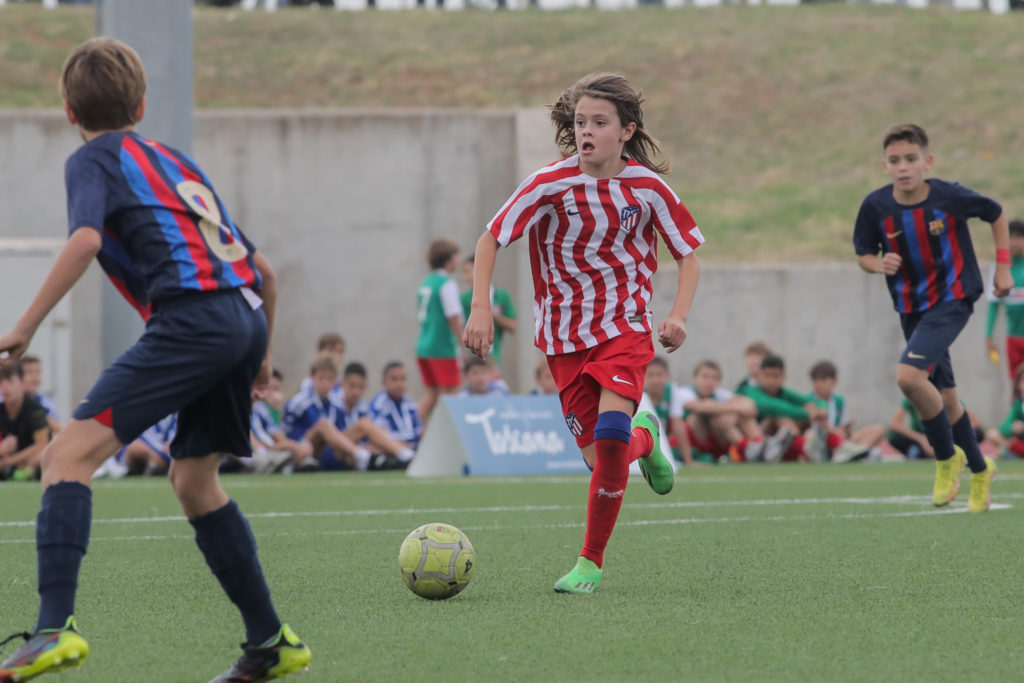 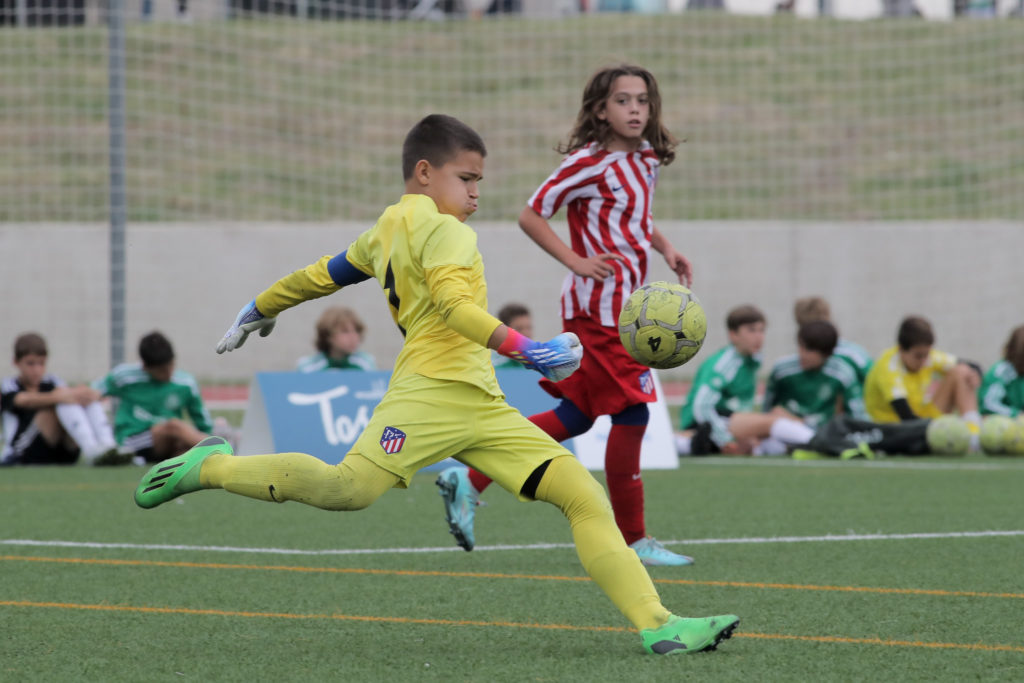 Barcelona wins most of the U-12 Madrid Football Cup Awards

During the final ceremony of the event, the trophies were awarded to each team, as well as the collective trophies (it is worth remembering that in this category individual awards are not given as we believe that at this age it should be fundamental to promote and teach children the importance of teamwork). FC Barcelona was the big winner, taking three of the five awards. These are the winners 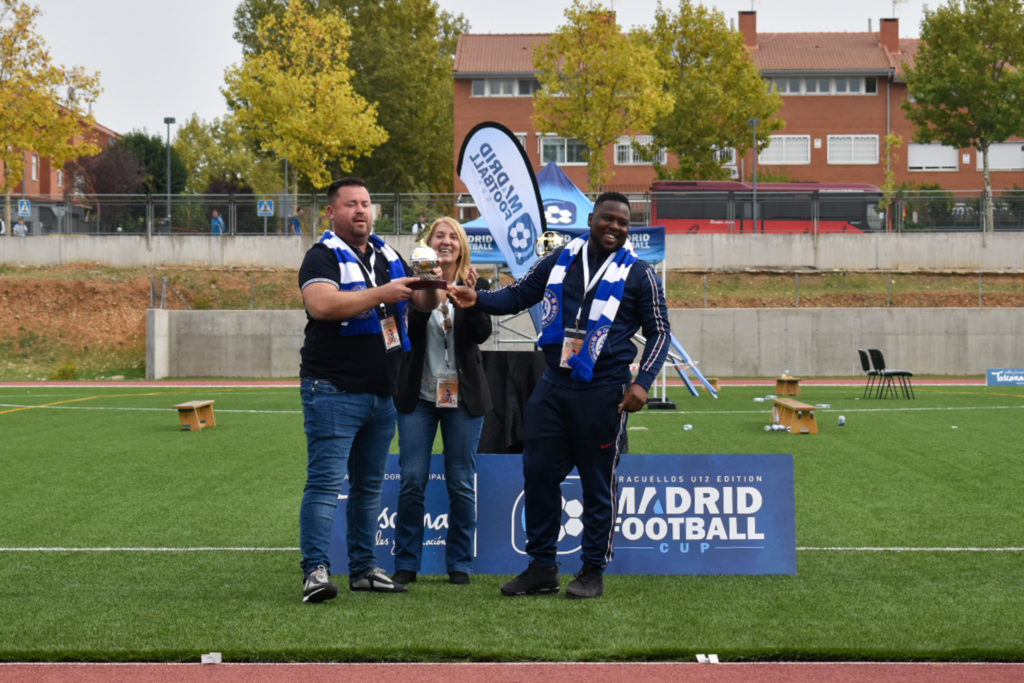 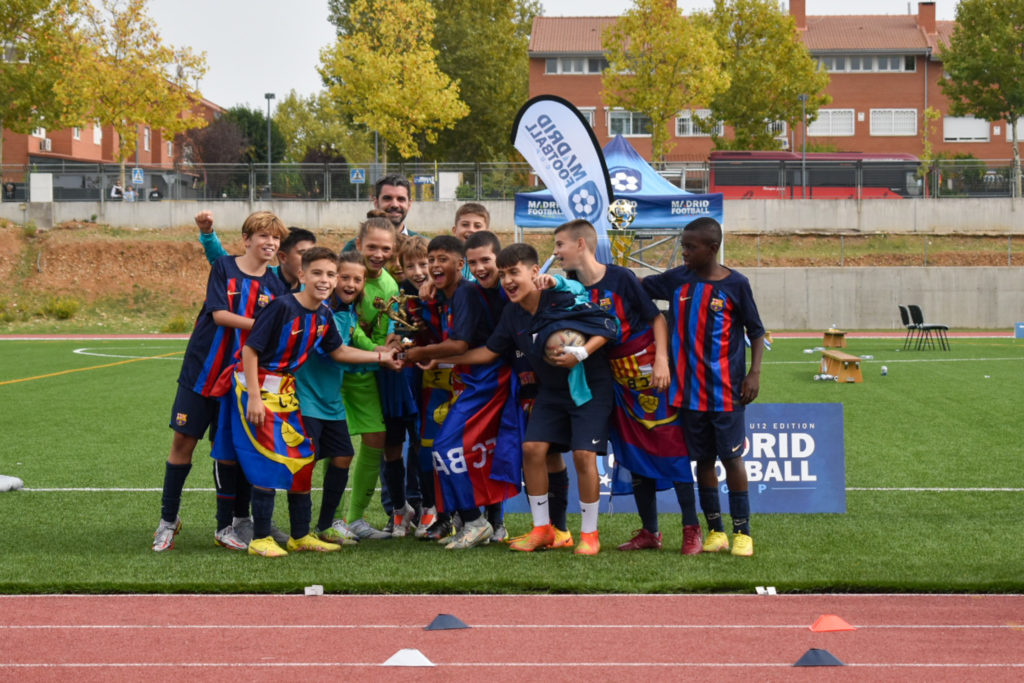 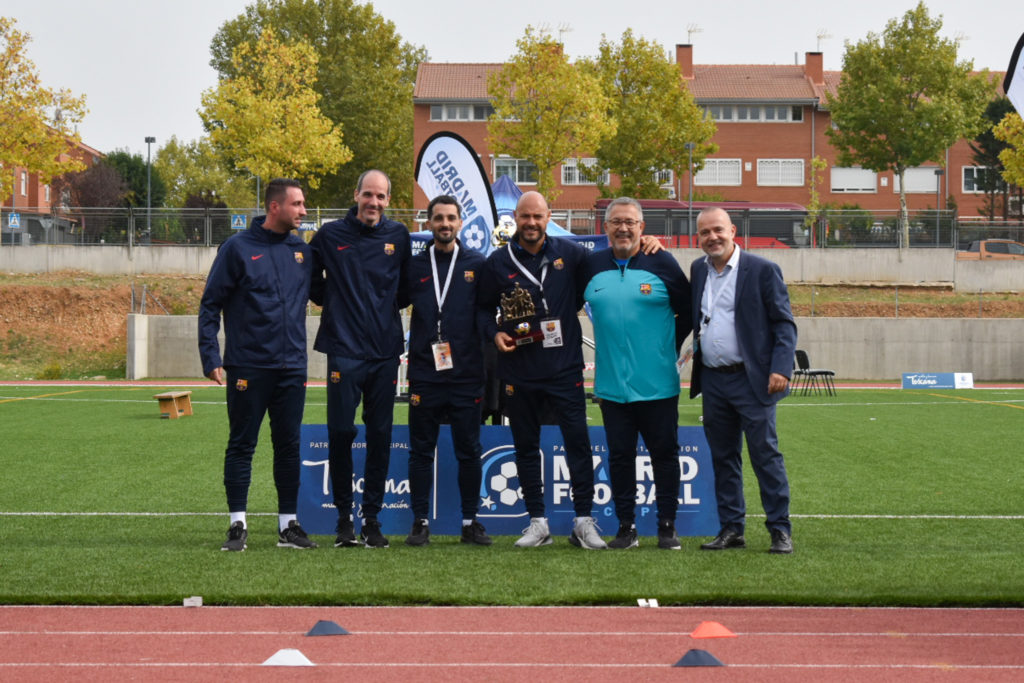 The event ended with a special treat for the players. The boys enjoyed a giant paella and shared with the rest of the teammates, rivals, parents, and technical staff. The Madrid Football Cup looks forward to celebrating the second edition of the tournament next year, see you soon!