SC’t Gooi U-17 traveled to Madrid with a great illusion to live a spectacular trip full of football activities.

On Friday, April 15 the girls had a light training session in the morning to prepare for their first friendly match in Madrid, where their opponent would be Madrid CFF. The match kicked off at 6 pm at the Polideportivo Jose Caballero in Alcobendas. The girls played a great first half against their Madrid rival, but it was until the 35th minute where Madrid CFF could open the scoreboard. The match ended 0-4 with Madrid CFF winning, but the SC’t Gooi girls were satisfied with their effort despite the high temperatures that afternoon.

The next day, the girls had the opportunity to visit the center of Madrid in the morning, after resting in the swimming pool of the Polideportivo de Alcobendas. In the afternoon they were able to visit the renovated Santiago Bernabeu, touring the stadium’s museum where they were able to see the European Cups that Real Madrid holds.

Sunday was a unique day for the girls, where very early in the morning they met at the Ciudad Deportiva Wanda Alcalá, to play their second friendly match against Atlético de Madrid. At 10 am, the match against the red and white team started and ended with a score of 2-0. 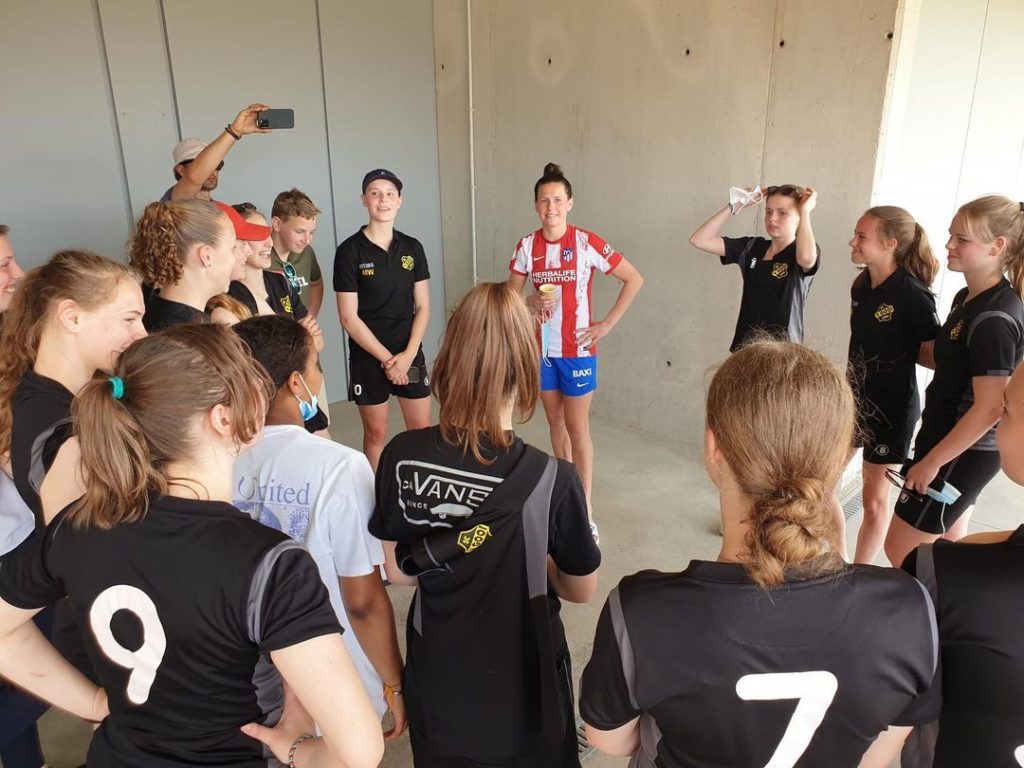 In the evening the whole team had a farewell dinner with typical Spanish food at La Gradona Restaurant, on the esplanade of the Wanda Metropolitano Stadium. Finally, on Monday SC’t Gooi had a last regenerative training session at the José Caballero Sports Center before returning to the Netherlands.